Laura and I concentrated our efforts this week towards field work. On Thursday, we visited several locations of historical significance regarding Call Field. Primary sources from the Wichita County Archives suggested that Lake Wichita was a popular recreational destination for the airman and the citizens during the World War One era. Lake Wichita featured a hotel and served as a resort location of North Texas. Laura and I visited the lake and made a video of us on top of ‘Mount Wichita.’ This ‘mountain’ is just a manmade hill, most likely constructed out of dredged sediment or other loose materials from the surrounding area. The video will be integrated into the eventual timeline and Google Map on the finished website. The media will serve as an interactive component for the future audience. 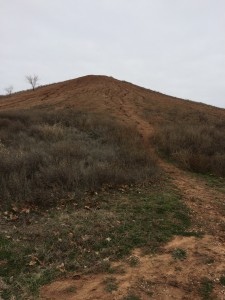 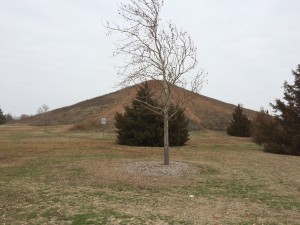 Following advice given by John W. Zimmerman, Laura and I investigated the ‘last structure’ of Call Field. The air field consisted of 46 different buildings. However, due to the urban sprawl of post-World War Two, suburbia claimed all but the horse’s stable of the Chief Military officer of Call Field. Today, this structure is used as a storage facility by University Academy (daycare facility – not associated with Midwestern State University). Laura and I registered at the front office and were led through a series of rooms filled with napping toddlers before we reached the back entrance to conduct our filming. The daycare personal and mechanics next door were equally intrigued by our assignment.

(Featured below is a picture of the structure) 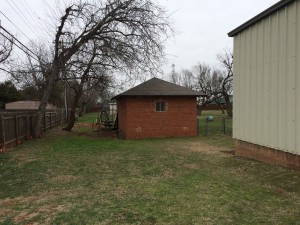 According to historical maps, the entrance to Call Field existed approximately between where current day Idlewood Drive and Boren Avenue intersect with Call Field Road. Laura and I filmed at this location and noted the rapid development occurring in this area. The backdrop of past and continual urbanization obscures the average bystander’s recognition of the threshold that had once been the entrance to Call Field.  The only indication provided is an oddly placed curve in the road (much to the hatred of local drivers). After filming, Laura and I enjoyed sushi at Wasabi grill.

On Wednesday, I met with Bryson Glittenberg who is a military history and gun enthusiast. He is seeking a B.A. in history from Midwestern State University. Mr. Glittenberg possesses a gun collection containing authentic firearms used during the World War One era. The items of interest include a Springfield 1903, a United State Rifle Caliber .30 Model 1903, a  Lee Enfield Mk. 1, and a  Colt 1911.  All firearms are located at his family’s private ranch. Mr. Glittenberg accepted my request to appear on Laura’s and my website to discuss the history of the guns. I will travel to Mr. Glittenberg’s ranch to conduct the filming.  Although firearms are not the immediate focus of our project, Laura and I believe that Mr. Glittenberg’s contribution will provide a unique source that may illuminate other avenues to later explore. 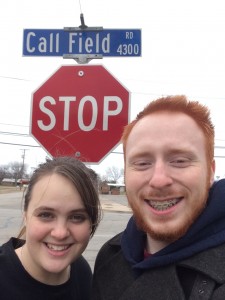 One thought on ““Ain’t No Mountain High Enough””