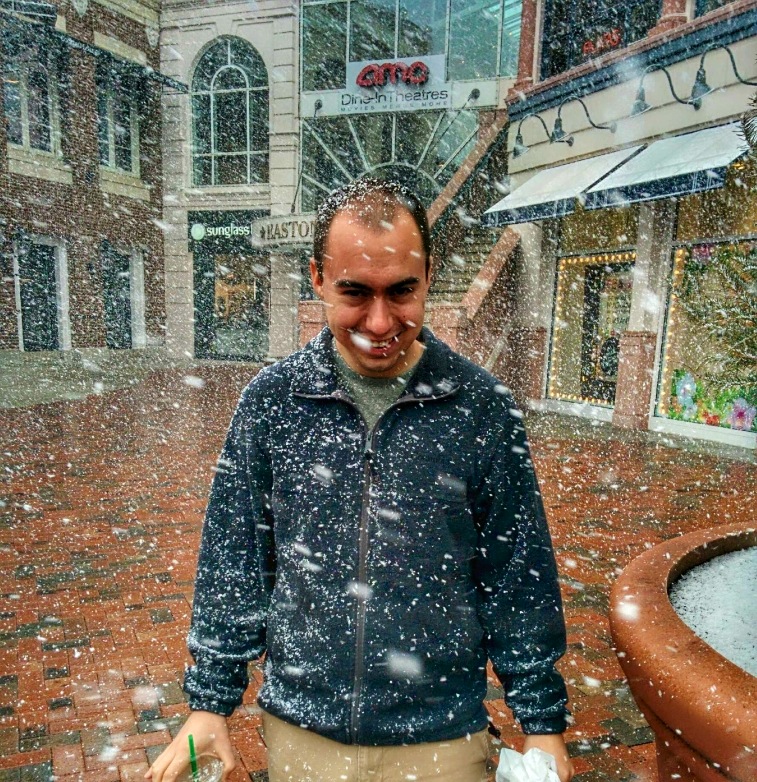 My progress update is coming somewhat late this week because I haven’t had regular Internet access as I’ve been traveling. I am on spring break this week, and I am currently in Columbus, Ohio, which is about 40 degrees colder than where I live in Alabama. I’m having a lot of fun, but I’m having to remind myself to stay focused on the Century America project, too. Last Thursday and Friday, I spent a little time in the Annie Crawford Milner Archives and Special Collections looking through some presidential papers. On Friday morning, I re-scanned several of the items that I want to place on my website. Since then, I have been correcting additional crooked scans on my laptop, which takes some time away from actually working on my website. I feel as if I have fallen somewhat behind, but I am trying hard to stay on top of things while moving around. The main obstacle in my path right now is a paper I have to submit to the Phi Alpha Theta Regionals by Friday, but as soon as that is finished, I will be 100% back on board with Century America. I will be in Atlanta on Friday and Saturday, so I hope I will have more time to work this weekend. I did not really account for travel plans in my Century America “schedule of deadlines,” but I will persevere regardless! 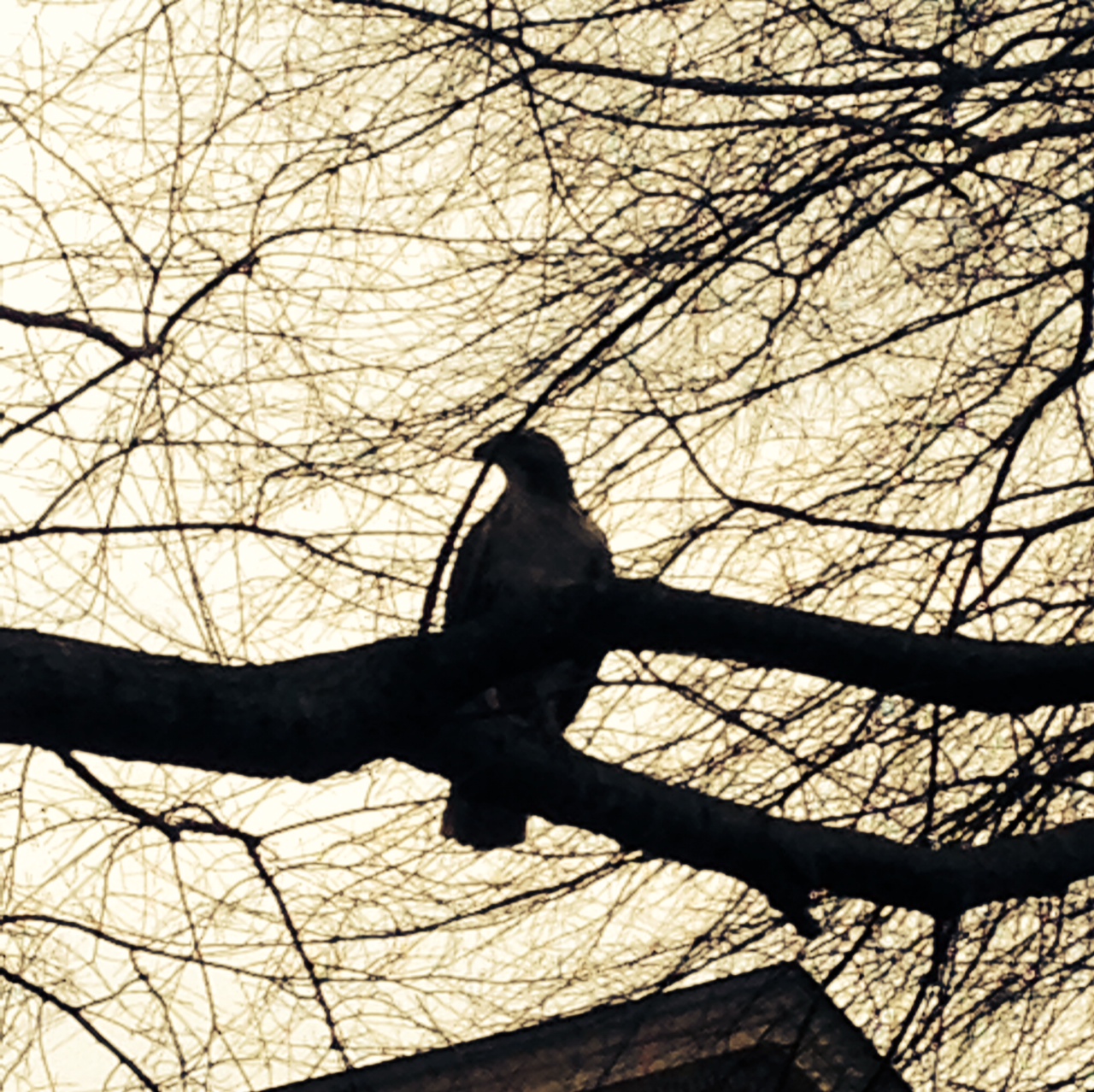 This week, I had a lot of non-Century America obligations that I had to fulfill, so I was not as productive as I perhaps would have liked to have been. I had to present my previous research project on Wednesday at UM’s Undergraduate Research Day, so I spent the first part of the week getting ready for that. However, on a positive note, I won 1st place in the oral presentation category!

Aside from that, I was able to dedicate the latter half of the week to the Century America project. I filled out the paperwork (abstract, presentation outlines, personal biography, etc.) necessary to present my Century America website at the COPLAC Southeastern Regional Undergraduate Research Conference, which my university is hosting this year. I found out on Friday that I have been accepted to present, so I will be showcasing my website at this conference on April 11 and 12.

I got another batch of scanned documents and images on Thursday, and I think some of the materials will be very useful in the section of my website detailing the wartime activities and environment of A.G.T.I. However, I will have to rescan some of these items if I want to include them on the Century America website. In addition to collecting my scans, I spent Thursday afternoon and Friday morning in the archives, and I found some interesting letters from President Palmer in which he talks about his son (the man pictured on my Century America website). During the period of the Great War, Palmer’s son was serving in the armed forces, and from what I can gather, he strongly desired the opportunity to serve in France. However, based off my readings of some of these letters, I do not believe he was ever shipped overseas. I’ve really enjoyed reading President Palmer’s documents, and I plan to highlight the Palmer family on my Century America website.

I am trying to dedicate as much time as I can now to getting all of my scans finalized, so that I will be able to work on the project while I travel to Ohio next week for spring break. I’m finishing up the “About the Project,” “About the Researcher,” “Bibliography,” and “Further Reading” sections today. Wish me luck!

P.S. I got a cool picture of a hawk on campus this week! Unfortunately, it was subsequently attacked by a group of crows. I’m looking for possible WWI metaphors. 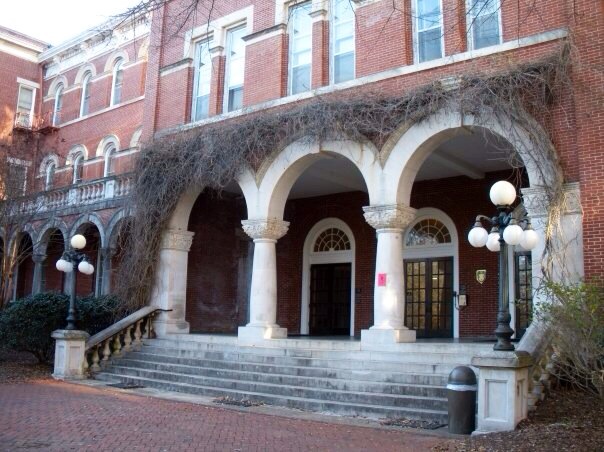 This week, I focused on gearing up for the creation of my Century America site. I met with the university’s photographer on Tuesday, and I selected a number of “modern” images of Montevallo to use on the overarching website. Most of the images that I sent were of buildings, which I know we were trying to avoid, but I think the images that I selected are the ones that are most representative of the University of Montevallo. I also met with Mr. Heatherly, Montevallo’s archivist, and selected an image of Main Hall to be used as the WWI-era “representative” image of the Alabama Girls’ Technical Institute. Permissions for the use of all of these materials have been obtained in writing.

Mr. Heatherly also provided me with my first batch of scans, which included presidential papers, administrative files, a Food Conservation Bulletin, freight records, and newspaper clippings from 1914, 1916, and 1918. I had initially tweeted that there were over 70 items in this batch, but the number is actually closer to 120. I am very lucky that Montevallo has a wonderful archivist and library student workers because they are making the process move very quickly for me. I have submitted a scan request for the portions of the A.G.T.I. yearbooks that I would like to use in the project, and I am in the process of doing the same for the bulletins, academic catalogs, and newspapers from 1917, 1920, and 1921. Mr. Heatherly also put me in touch with the Alabama Department of Archives and History. I am currently working on submitting the permissions forms necessary to publish images and documents from the WWI Gold Star Database. I’m very excited that the project is moving forward! 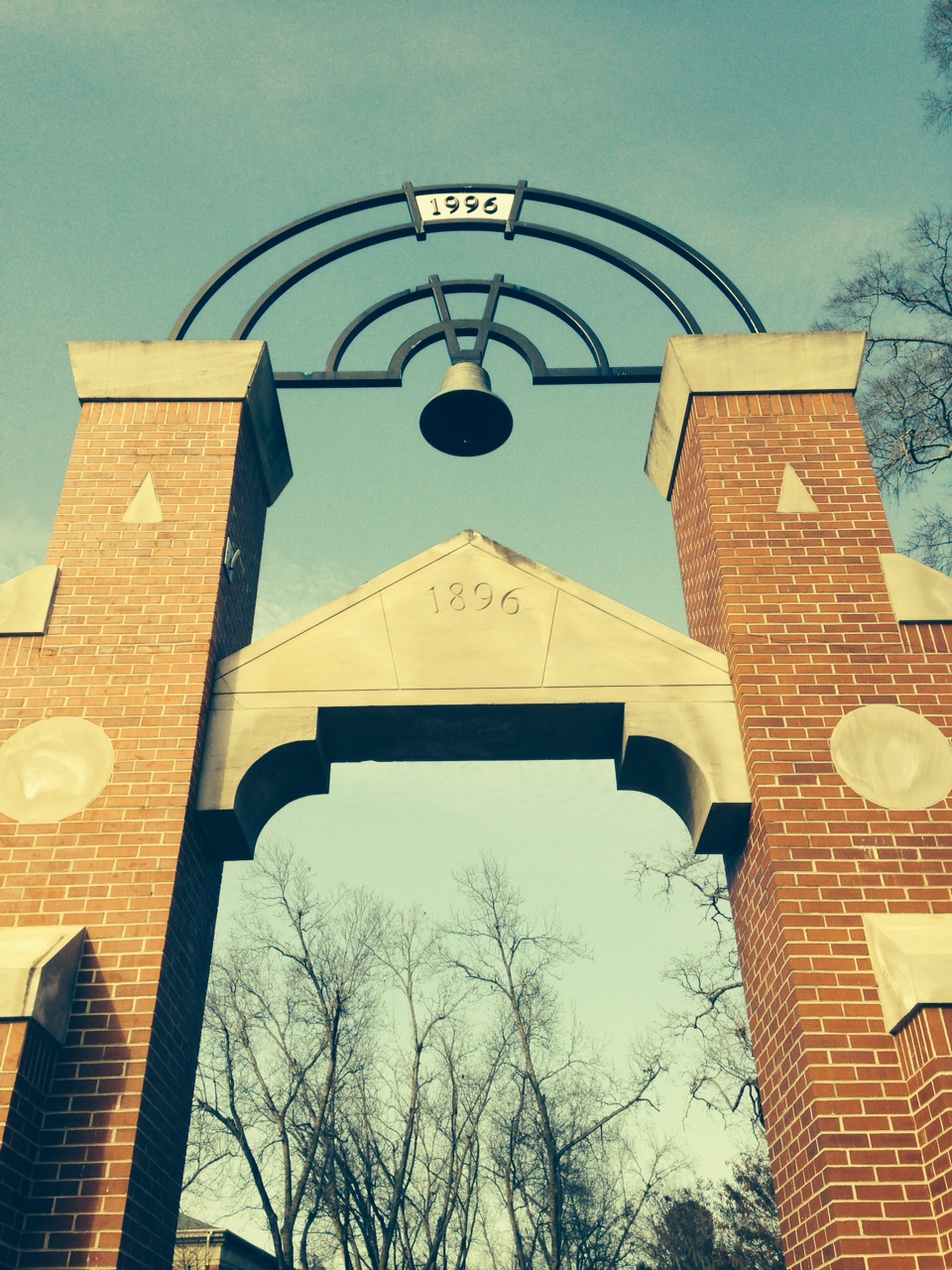 As part of our assignment this week, I read over the following essays from Writing History in the Digital Age by Kristen Nawrotzki and Jack Dougherty:

Based on my reading of these articles, it seems as if the authors’ central arguments surround the role of historians in a (digital) medium in which they are not the dominant voices driving the historical discourse. Since the advent of the World Wide Web, historians have not played a large enough role in guiding the development of history as it exists on the web. Because academic recognition for digital scholarship was not widely granted or standardized for many years (and to some degree is lacking even now), professional historians have, for the most part, avoided digital scholarship until quite recently, instead pursuing only those projects that have benefited their careers and perpetuated the dominance of traditional, print-based scholarship. The absence of academic historians on the World Wide Web left a gap that was quickly filled by an assortment of conspiracy theorists, antiquarians, genealogists, and popular history enthusiasts. Without the authoritative voices of academically-trained historians to interject in the writing of history online, these individuals were left to shape the historical discourse that now defines “history” on the web.

In the past, historical scholars were responsible for shaping and defining the existing body of historical knowledge. It was through the contributions of these individuals that our understanding of the past and the human experience developed and expanded. This is true even now, as academic historians are still the standard bearers for the study of history. However, the nature of the World Wide Web has led to a reversal (of sorts) in the role of historians in shaping the historical conversation. The World Wide Web, by its very nature, is an open, accessible, collaborative medium through which to exchange knowledge. On a positive note, the web has allowed for unprecedented access to historical artifacts and primary source documents, both for scholars and for popular enthusiasts. It has led to a democratization of knowledge unseen before in history. However, while the web has opened the flood gates of knowledge for anyone with the appropriate technology, it has also opened the flood gates for anyone to contribute to historical study on the web and the public remembrance of history. In some ways this increased access is quite positive. People who would previously have been excluded from the historical dialogue now have the ability to share their unique viewpoints and experiences, which has led to a richer and more complete understanding of the historical record. However, with almost all barriers-to-entry removed or greatly reduced, the increased participation of the masses in shaping how we remember history has led to the propagation of historical half-truths, ideology-fueled acts of revisionism, and horrendously inaccurate interpretations of primary source documents.

Some would ask: why is this necessarily a problem? In a free and open medium, should people not be able to post what they like, provided that it causes no harm to other individuals? I would argue that it is very damaging and very much a problem that historical inaccuracies are being perpetuated on the web, and I believe that it is for this reason that the role of the historian will be secure in the digital age. With the World Wide Web serving as the “ready-made” source of knowledge for an ever-increasing portion of the population, the propagation of historical untruths can have a profoundly negative impact on the collective mentality of a society. As much as members of our society pride themselves on individualism and self-reliance, they also draw great strength from a shared experience and shared societal identity. This shared identity can only be understood through an examination of history and an understanding of one’s place in relation to the experiences of others. Warped historical accounts, incomplete narratives, unintentional inaccuracies, and blatant falsehoods not only pollute the general body of historical knowledge, but they also undermine the establishment of a society’s shared experience. Without developing a meaningful and accurate understanding of one’s past, it is impossible to draw meaningful conclusions about one’s place in a broad context, to remedy past wrongs, or to address present issues and conflicts. Historians are able to provide the intellectual foundation on which all of these things can be attained. There is nothing wrong with encouraging public participation in the collection and preservation of the historical record; in fact, such perspectives are invaluable in understanding the social and cultural factors that have driven so many recent historical movements. However, if these individuals are truly interested in participating in a historical dialogue, it is important that their contributions adhere to the standards and conventions of historical study. Trained historians can provide the structure and guidance needed to facilitate the ever-increasing body of digital history on the web.