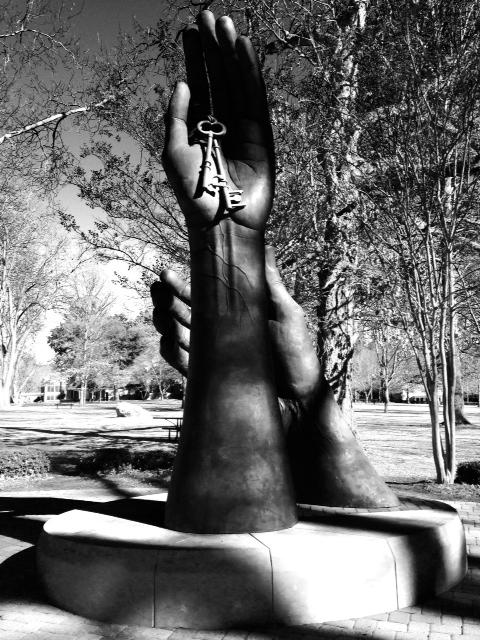 Effectively constructing a digital history website is based, at least in part, on an understanding of what has already been done by others. This week I spent a few hours analyzing a selection of digital history websites to see how effectively others have utilized digital media to advance historical research, presentation, and pedagogy. This blog post will focus on three websites, in particular:

Gilded Age Plains City: The Great Sheedy Murder Trial and the Booster Ethos of Lincoln, Nebraska, a digital history website affiliated with the University of Nebraska-Lincoln, examines the murder of John Sheedy in the late nineteenth century and the subsequent, much-publicized, murder trial as a method of understanding urban development in the “Great Plains” of the United States. This website has a number of positive qualities, both in terms of aesthetics and content, that I believe help to further the author’s narrative. In my opinion, the greatest strengths of the website are its strong narrative and its use of a number of interactive or descriptive tools to help explain this narrative to the reader. Since the concept of space is so central to the story of John Sheedy’s murder, the architect(s) of this website deemed it important to include a “spatial narrative” section dedicated to rooting the reader in nineteenth-century Lincoln, Nebraska. This section covers the interconnected social, cultural, racial, and economic contexts of the burgeoning city, allowing the reader to develop a more meaningful connection to Sheedy’s story. The website also includes a timeline, an interactive map, a glossary of unfamiliar terms used throughout the website, and a page of brief biographies about the major players in both the murder story and in the history of Lincoln. The website’s strong focus on explaining background and contextual information makes the site accessible to a larger population of readers and researchers, which I believe is one of the main benefits of digital history.

From a visual standpoint, the website’s organized and well-labeled appearance gives the reader the impression that the site is managed by professional, historical scholars. Links to individual pages within the website are well marked, and I found it quite easy to navigate between the various sections of the website. As I searched through each page and followed the narrative, it seemed to me that the authors were mindful of the way in which digital presentations almost inherently lead to a fragmented narrative. Despite the fact that the information was arranged over numerous webpages, much of the story was still arranged in a conventional, chronological format, which made it easy to stay immersed in the story. Another aspect that I particularly liked was the website’s inclusion of primary source documents, including photographs and items from newspapers, in its archive; in my opinion, the inclusion of these materials helped to ground me within the minds and experiences of Lincoln’s residents.

The Gilded Age Plains City website showcases a number of features that I think, if included, would strengthen the Century America project. I liked that the website’s author(s) included the scope and goals of the project on the site’s first page. Having essentially read their thesis, I was able to focus in on the subjects that the author(s) seemed to find most meaningful. I also liked the website’s incorporation of descriptive elements and interactive technologies into the narrative; in particular, I liked the incorporation of biographical information, the timeline, and the map of Lincoln, Nebraska. Because of its strong narrative, useful, explanatory tools, and appealing visual elements, I think the Gilded Age Plains City website is a prime example of an effective synthesis of digital media and historical scholarship.

The second digital history website that I examined this week was Liberty, Equality, Fraternity: Exploring the French Revolution. The first thing that struck me upon examining this website was the apparent lack of emphasis placed on visual aesthetics. This website sticks out in my mind as a prime example of how poor website design can detract from both the authority of a website’s information and a website’s ability to convey this information. As I read through the main text on various webpages (under the “Explore” option), I found that I was distracted by numerous, oddly-organized links placed along the left-hand side of the text. I wasn’t exactly sure whether I was supposed to access these links as I read through the passages, or whether they just contained superfluous information. I’m sure that some of these links contained valuable maps, text, and other tools, but their organization and appearance deterred me from accessing many of them. On a more positive note, under the “Browse” option, the website showcased a wealth of documents, images, and other materials, all of which were laid out in a more accessible format. It also included sections dedicated to a timeline and a glossary, which, as stated above in the section on Gilded Age Plains City, I believe are valuable resources for any digital history website. In short, I think the use of a browsing option (for images, documents, etc.) is a great resource for a digital history project, and I hope to include such a feature in my Century America website. However, this website has also impressed upon me the need to focus on making my website visually appealing. I am certain that Liberty, Equality, Fraternity has wonderful information and documentary evidence about the French Revolution, but the design of the site discouraged me from pursuing any of this information.

The third, digital history website that I examined was one for the Virtual Paul’s Cross Project. This digital website focuses on providing a dynamic recreation of a 1622 sermon given by John Donne on Gunpowder Day. Upon first examination, I noticed that the site’s homepage was cleanly organized and labeled, with a link to an overview about the project, which I always consider to be a plus. However, the introductory information under the overview tab, including the project’s purpose, framework, and outcomes, was not smoothly integrated. While all of the information necessary to explain the project was present, it did not flow logically, and I found it very difficult to stay engaged in the text. In addition, the Virtual Paul’s Cross Project website has several visual elements that are not pleasing to the eye or useful in serving the website’s goals. The website’s author(s) highlight(s) a number of terms in the site’s text in bold without an apparent reason for doing so, other than to draw attention to the terms themselves. On the homepage, links to other pages within the website are highlighted in bright, red text, which I found to be distracting and unappealing. The website utilizes a number of attractive, color images and artistic, visual models, which help to break up the text very nicely. However, while visually appealing, some of the images seemed to be placed arbitrarily throughout the webpages, which, in my opinion, added nothing to my understanding or appreciation of the project. Furthermore, the site seemed to draw excessive attention to various visual models created for the project; these diagrams and images appeared so frequently that they became redundant and lost much of their effectiveness. The same can be said for much of the information about the acoustic modeling portion of the project, the detailing of which I found to be overly-descriptive and uninteresting. In my opinion, the Virtual Paul’s Cross Project suffers from a case of misplaced priorities. It focuses too much on detailing the project’s methodology and descriptive information, including sections about the physical conditions of the churchyard in which the speech was given, the weather, acoustics and ambient noise, Donne’s style of preaching, and other factors. I am certain that all of these factors were important to the completeness and success of the project, but I wish that they had spent more time and space on the website arguing about why any of it, including the speech itself, matters historically (although I have no doubt it does matter). If I can say anything about the Virtual Paul’s Cross Project, it is that it sounds absolutely fascinating, and I think it deserves an equally-fascinating website.